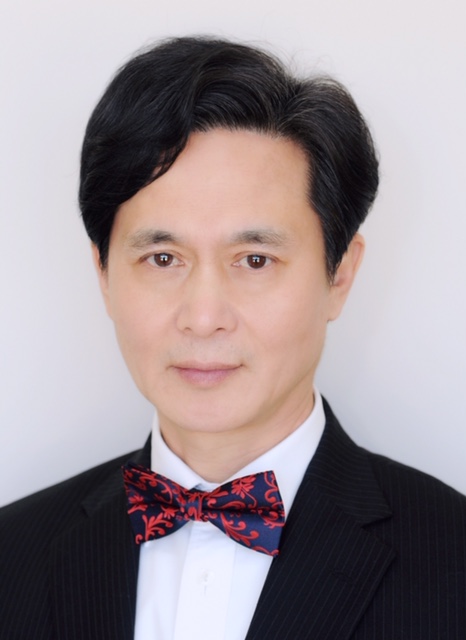 In addition to his clinical activity, Dr. Lin has an extensive research experience. During his work at McGill University and Whitehead Institute at Massachusetts Institute of Technology (MIT) with Rudolf Jaenisch, he discovered several genes involving ubiquitin conjugation and deubiquitination, a key mechanism of cellular homeostasis.

Moreover, he created de novo DNA methyltransferase gene (Dnmt 3a and 3b) knockout and conditional induction mice and studied the function of DNA methylation in tumor formation and stem cells. Dr. Lin previously held faculty appointments at Harvard Medical School, Massachusetts Eye and Ear Infirmary, and University of Texas, prior to joining the Department of Ophthalmology &amp; Visual Sciences at the University of Massachusetts as an Assistant Professor.

As a clinician-scientist, Dr. Lin’s Lab primarily focuses on epigenetic mechanisms of disease, gene-editing, and stem cell tissue regeneration, as a treatment approach for age-related macular degeneration and diabetic retinopathy. 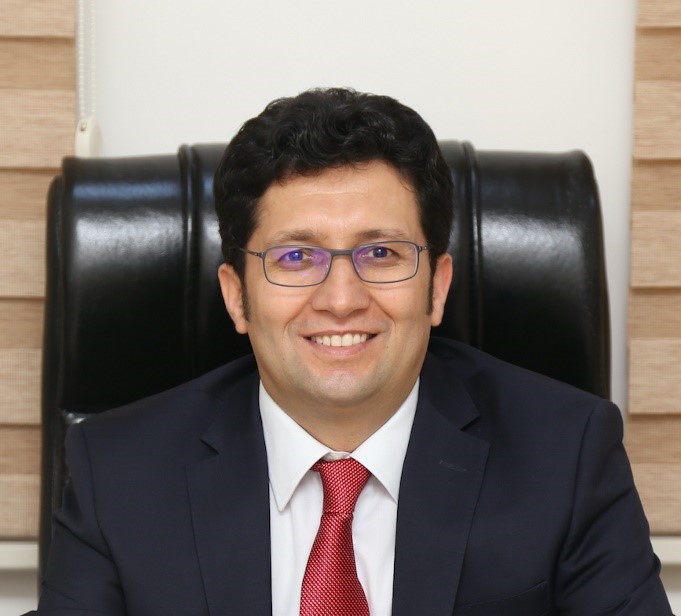 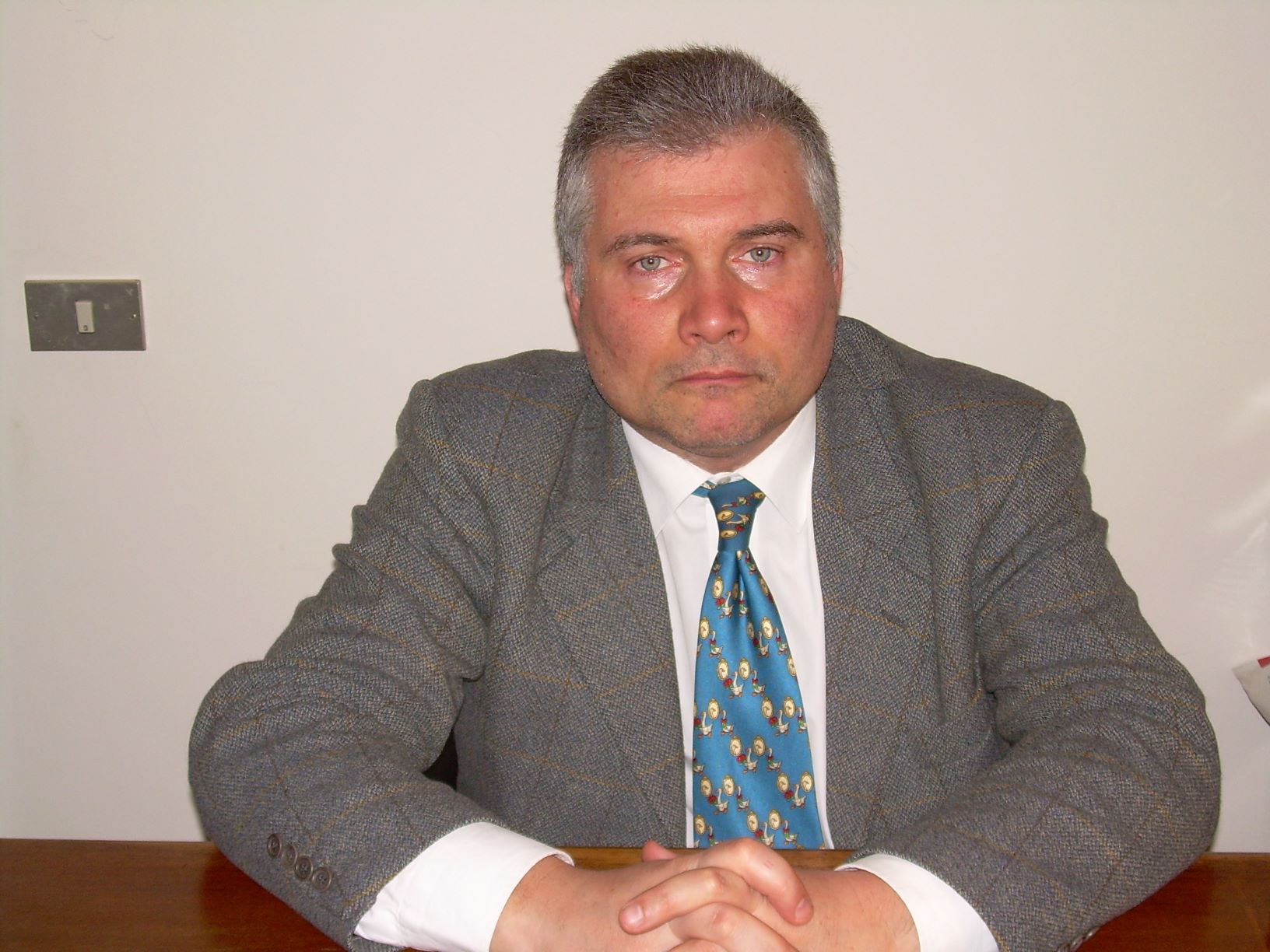 His publications include one book about Genetics of Eye diseases, INC Editor 2000, 5 chapters in international books about ibopamine, apoptosis and tumorigenesis and genetics of glaucoma and over 100 articles in peer-reviewed journals. He served as Medical Officer in the Italian Army in 1990-1991 and he is Captain since 2000. He worked at the Ophthalmological Department (Head: Prof. E. Balestrazzi) at L’Aquila University since 1992 up to 2009. Since then he served as Consultant at the Glaucoma Service and Hereditary eye diseases Service (Head: Prof. B. Falsini) at the Catholic University of Rome (Italy). 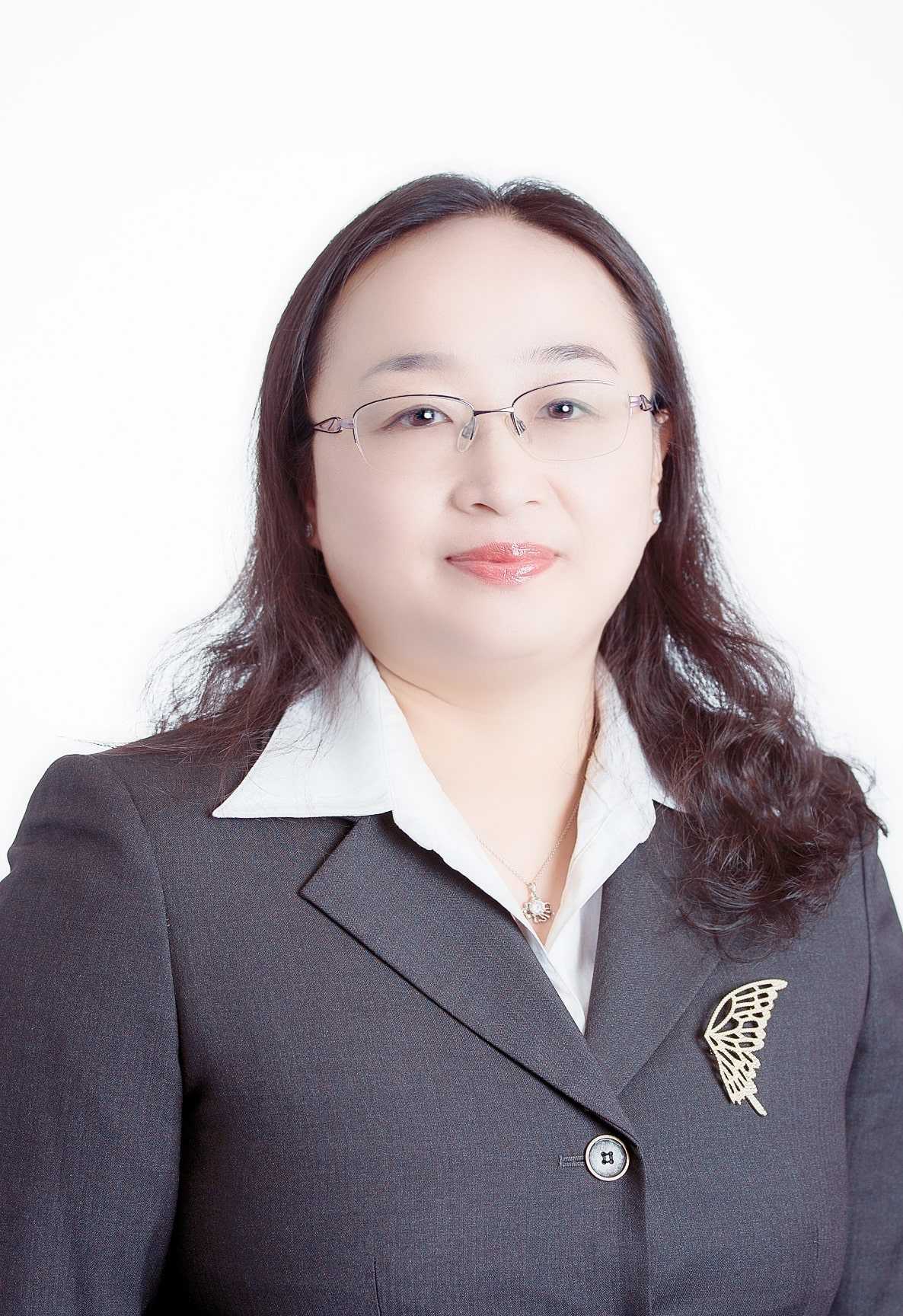 Senior lecturer in pharmaceutics at School of Pharmacy, University of Sydney, Australia.

Biography: Dr Fanfan Zhou is a senior lecturer in pharmaceutics at the School of Pharmacy, the University of Sydney, Australia. She graduated with a BSc, China Pharmaceutical University & Nanjing University, China in 2002 and PhD, Rutgers, the State University of New Jersey, USA in 2008.  Her research focuses on investigating the molecular features of the retinal pigmented epithelium and the pathogenesis of various retinal diseases especially the age-related macular degeneration.  Her work is also involved in drug screening and development to prevent or treat prevalent human retinal diseases. 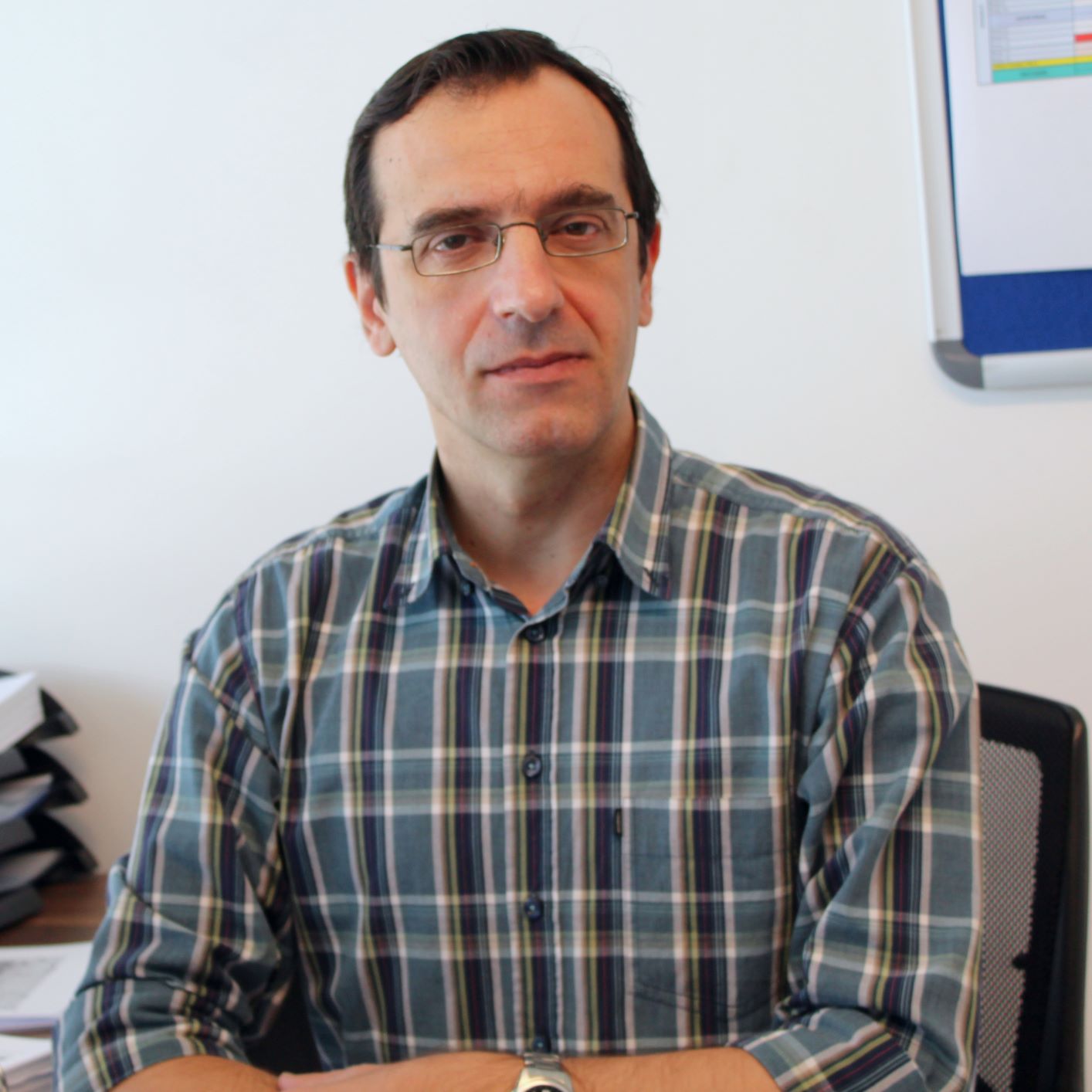 Biography: Dr. med. Dimitrios Kanakis is specialized Pathologist and Neuropathologist, and currently holds the position of Associate Professor of Pathology at the University of Nicosia Medical School. He teaches Pathology both in the 3rd-year of the MD Program as well as in the CS- and T-year of the MBBS Program of St. George’s University of London (delivered in Cyprus by the University of Nicosia Medical School). He has co-authored several original Research Articles and he is Reviewer in a number of International Peer-Reviewed Journals as well as Member of the Editorial Board of several Scientific Journals. In addition, Dr. Kanakis has written four Book-Chapters. Three of them, namely the Chapters “CNS-neoplasms in adults: Diagnostic Algorithms, Histochemical, Immunohistochemical and Molecular Markers”, “Concise interpretation of useful data in the histological diagnosis of malignant CNS-Neoplasms” and “Summary of useful data of CNS-Neoplasms” were included in the 2nd [2012] and 3rd [2018] Edition of the Book “Guidelines for the Histological Diagnosis of Malignant Neoplasms” published by the Hellenic Society of Pathology. The fourth Book-Chapter “PTTG (Securin) as Cancer Biomarker” is part of the Book “Biomarkers in Cancer” (Springer Publishers; 2015). Finally, Dr. Kanakis is the Editor of the Book “Pituitary Adenoma: Pathophysiology, Diagnosis and Treatment Options” (Nova Science Publishers; 2016). 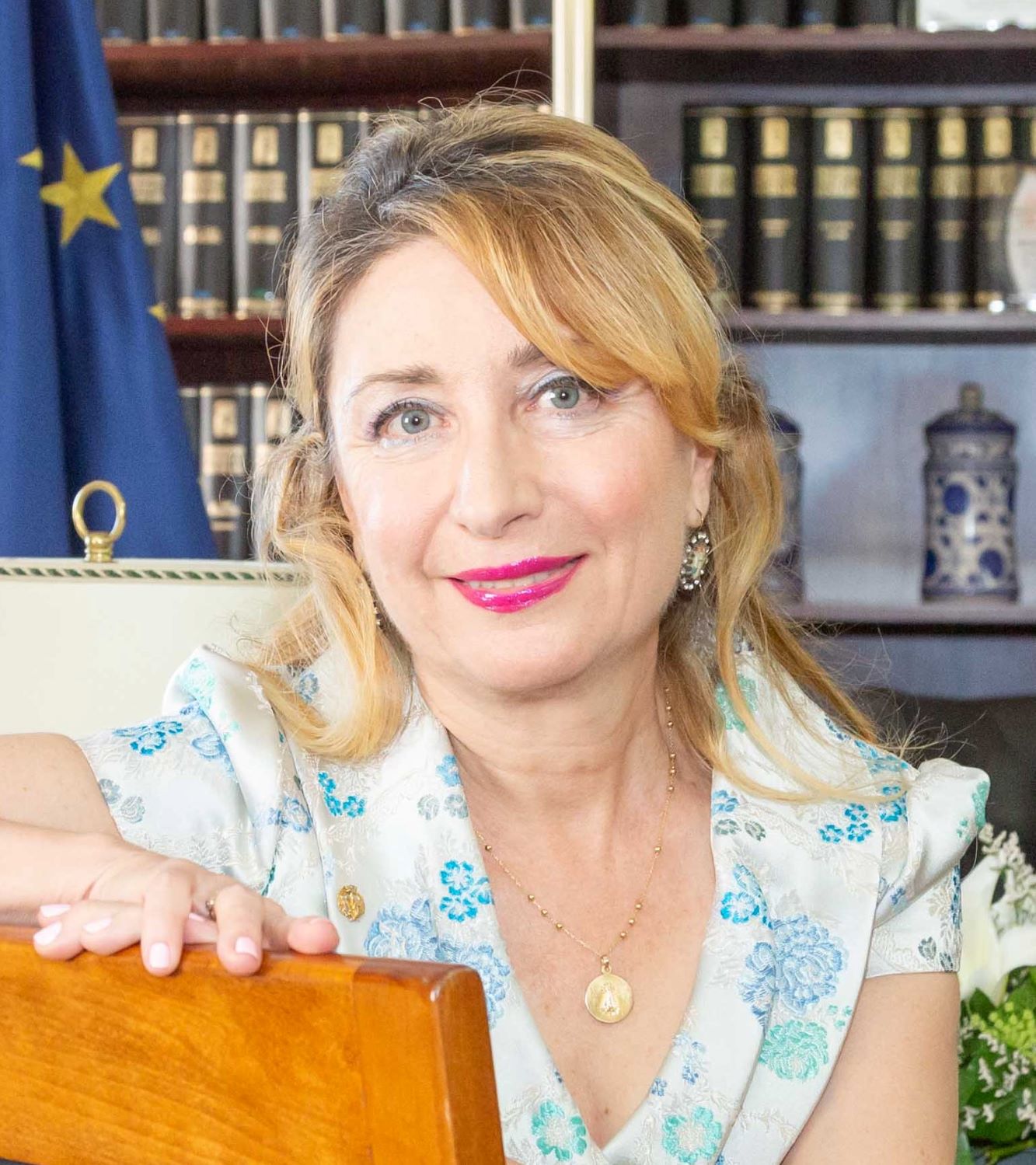 Biography: Mercedes Hurtado-Sarrió, was born in Valencia, Spain, in 1962. She was resident in training in ophthalmology (1989-1993) in La Fe University Hospital, and received the PhD degree in 1994 from the University of Valencia with the doctoral thesis entitled “Corneal topographic analysis. Computarized videokeratography”.

She is collaborator professor of Ophthalmology in Valencia University.

She has a Master in management of health resources (June-2012), Master in Bioethics (June-2017)

She is Associated Professor in the University of Medicine in Valencia (Spain) since December 2018 and President of the Medical College of Valencia, Spain since 2014. 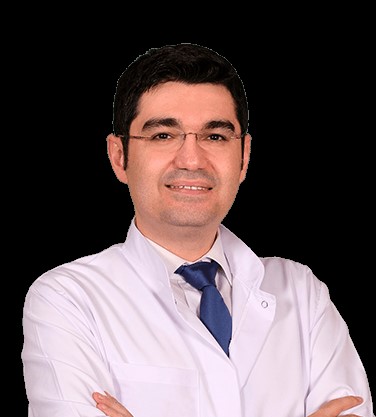 Biography: Dr. Celebi finished high school education in Nazilli Anatolian High School with honored as the best top three students in 1999. He attended medical school in University of Hacettepe in 1999 and graduated in 2005 (third position with 3.56/4.00 degree). He completed residency of ophthalmology in Hacettepe University School of Medicine Department of ophthalmology between 2005 and 2010. During his residency, in 2009 he was accepted as a short term observer visiting fellow in University of Louisville Kentucky Lions Eye Center Rounsavall Eye Clinic, Vitreoretinal and Medical Retina Unit. During his chief residency period he successfully passed International Council of Ophthalmology (ICO) “Basic Science Assessment in Ophtalmology including Optics and Refraction” and “Clinical Science Assessment in Ophthalmology” examinations. He worked in Nigde State Hospital Department of Ophthalmology for obligatory service to government between 2010 and 2013. He became an Assistant Professor of Ophthalmology in 2014 in Acibadem University School of Medicine Department of Ophthalmology. He has been working at Acibadem Atakent Education and Research Hospital since 2014. 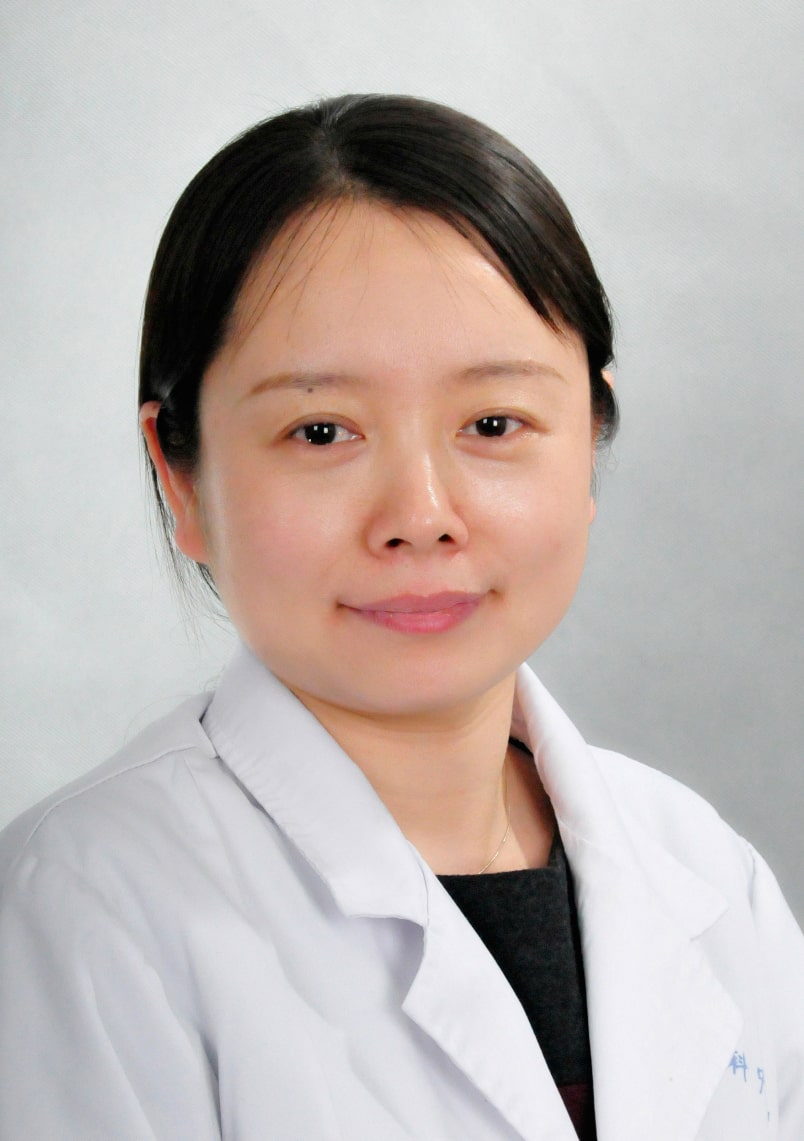 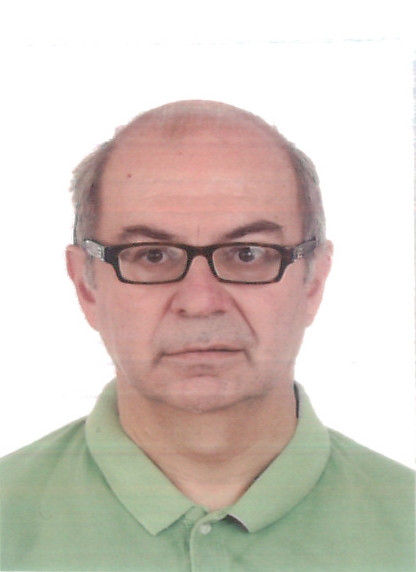 Biography: Francisco Torrens is a lecturer in physical chemistry at the Universitat de València. After obtaining a Ph.D. in molecular associations in azines and macrocycles from the Universitat de València, Dr. Torrens undertook postdoctoral research with Professor Rivail at the Université de Nancy I. More recently, Dr. Torrens has collaborated on projects with Professors Tomás-Vert, Salgado and Castellano. Major research projects include prediction of the environmental impact of chemical substances using chemobioinformatics tools, discovery of new inhibitors of tyrosinase: computational design, synthesis, characterization and experimental corroboration, search for new antimicrobial agents that inhibit the synthesis of the bacterial cell wall, minimal active domains of proteins of the Bcl‑2 family, development and application of quantum chemistry methods and techniques to studies of drugs, analysis of pores of BAX at nanometric scale and study of the in vivo antioxidant capacity of phenolic compounds through QSAR/QSPR modelling: crossing of the blood-brain barrier and interactions with cytochromes and drugs. His scientific accomplishments include the first implementation in a computer at the Universitat de València of a program for the elucidation of crystallographic structures and the construction of the first computational-chemistry program adapted to a vector-facility supercomputer in a Spanish university. 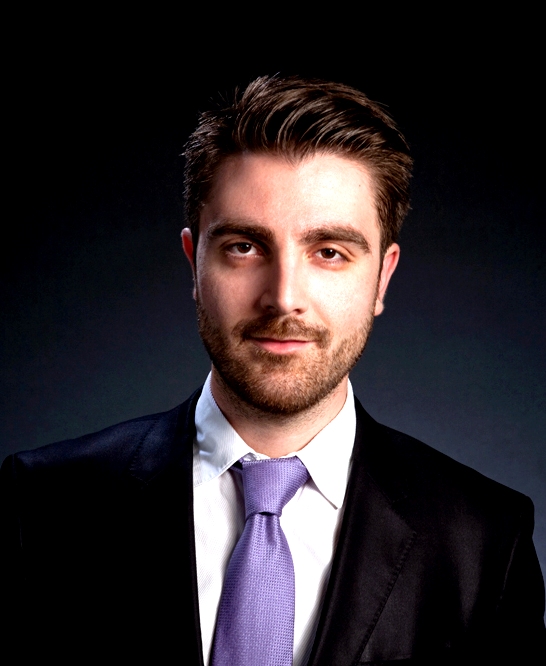 Biography: Argyrios Tzamalis is currently working as Locum Consultant with special interest in Oculoplastics, Ocular surface and Corneal Surgery, 2nd Department of Ophthalmology, Faculty of Medicine, Aristotle University of Thessaloniki, Papageorgiou General Hospital, Thessaloniki, Greece. Dr. Tzamalis has received his PhD from University of Basel, Switzerland. Dr. Tzamalis has submitted his research findings in more than 40 worldwide conferences. Currently he is also working as editorial board member for Journal of Glaucoma: Open access. 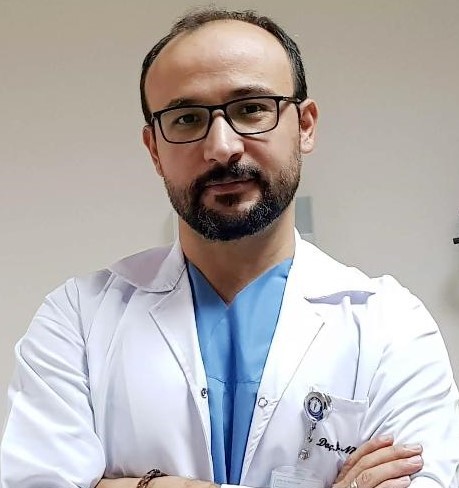 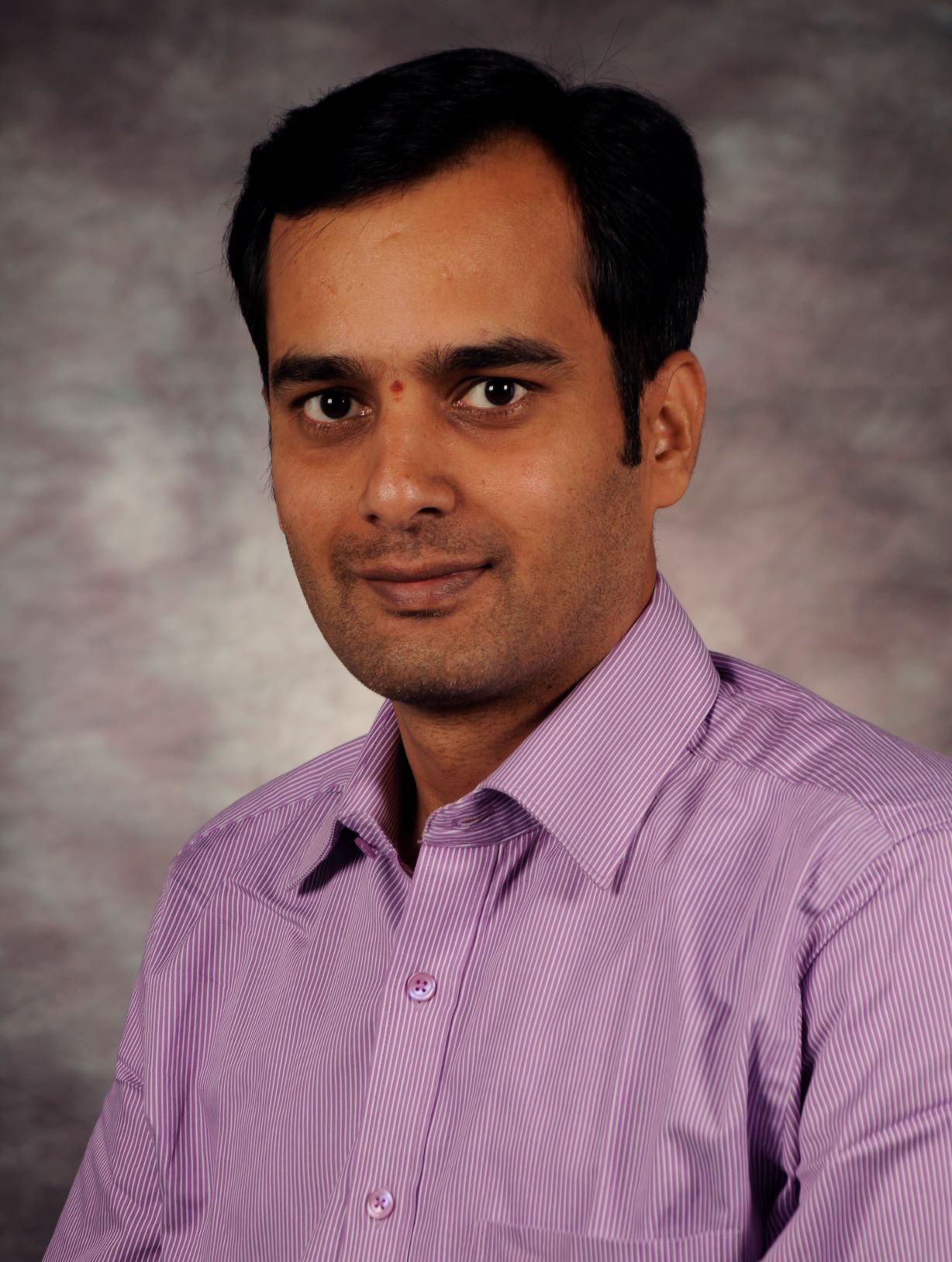 Biography: Dr. Mynampati Arunadithya Bharani Krishna currently working as a Postdoctoral Research Associate in Department of Ophthalmology, University of Florida, Jacksonville, Florida. He did his BSc and MSc in Biochemistry in University of Madras, Chennai, India. He did his PhD in Philosophy from Post Graduate Institute of Medical Education and Research, (PGIMER) Chandigarh, India. He is Certified With Advanced Course in Research Methodology and Biostatistics (April 2008) at PGIMER, Chandigarh. This course was aimed at teaching medical professionals and research fellows the intricacies of medical research viz. study designs and protocols, biases, ethical considerations, subject selection, data collection, processing and analysis. Also well versed with the use of advanced statistical procedures applied in different research trials and studies. 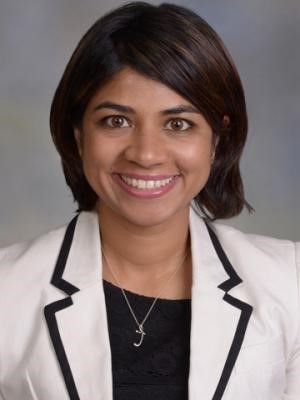 Biography: Dr. Tasneem Sharma is a research scientist at the University of North Texas Health Science Center. Her passion lies in the scientific exploration of pathogenic translaminar pressure induced neurodegeneration, neuronal cell death and generation of pluripotent stem cells (iPSCs) for disease modeling. She has utilized human iPSCs to develop different neuronal subtypes and has patented the translaminar autonomous system for studying various diseases. She has published numerous impactful manuscripts during her scientific training and her work has been acclaimed both nationally and internationally through Association for Research in Vision and Ophthalmology, Association for Ocular Pharmacology and Therapeutics, and Sigma Xi. 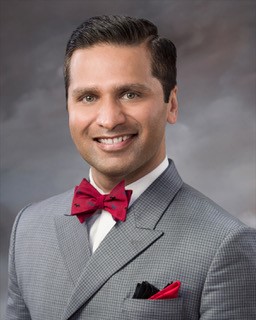 Biography: Dr. Chirag R. Shah is a retinal specialist with extensive experience in India and Canada. His practice specialization includes medical retina, refractive surgery, anterior segment pathologies and retinopathy of prematurity. His two Canadian fellowships included Anterior Segment & Refractive Surgery with Dr. Howard Gimbel at the University of Calgary and Medical Retina, Retinopathy of Prematurity and Ocular Oncology training at University of Toronto. His extensive fellowship training provides his patients a multi-focal perspective when diagnosing and treating. Dr. Shah is a regularly invited international conference presenter. He serves as a clinical member of the Alberta Research Ethics Board and is a regular ophthalmic journal reviewer. Dr. Shah also serves on different boards which includes Community Relations Council for Bow Valley College and the Calgary Employer Council for Immigrants. He has received many awards, including two recent awards from Immigrant Services Calgary and the Indo-Canadian Association recognizing him as a Distinguished Professional. He is a regular media presenter and was named as an “Inspiring Albertan” in a recent media publication highlighting his community and academic involvement. Dr. Shah believes and lives by the famous Mahatma Gandhi quote “Be the change that you want to see in the world” 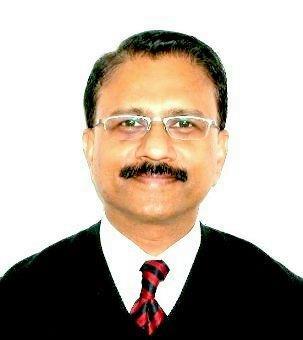 Biography: Rajan Paul is a Highly experienced specialist Ophthalmology doctor, having held Consultant and Specialist roles at hospitals in India, Saudi Arabia and UK, teaching medical students and setting up new departments. He completed a specialist fellowship in India to ensure knowledge of the most up-to-date procedures and skills. He Operated on more than 5000 cataract patients and a range of other ophthalmic conditions including glaucoma and extraocular surgeries. He regularly administers Intravitreal injections of Lucentis and Eylea for Age-related Macular Degeneration and Diabetic Macular Edema. He regularly performs Yag Laser Capsulotomies, PanRetinal Photocoagulation with Argon Laser for Diabetic Retinopathy, Central & Branch Vein Retinal Occlusion. He Has set up a new Ophthalmology Department in India in a 100 beds hospital. He is Flexible and adaptable, having worked internationally with patients from a range of different cultures and backgrounds. 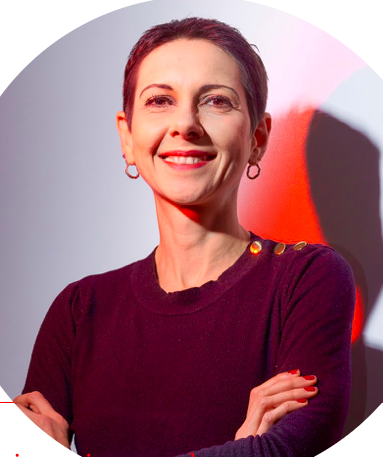 Professor of History of medicine at the School of Advanced Studies of the University of Tyumen (Russian Federation), Russia.

Biography: Corinne Doria is a professor of History of medicine at the School of Advanced Studies of the University of Tyumen (Russian Federation). Her work focuses on the history of ophthalmology and visual impairment. She is the principal investigator of a research project on the development of visual prostheses. 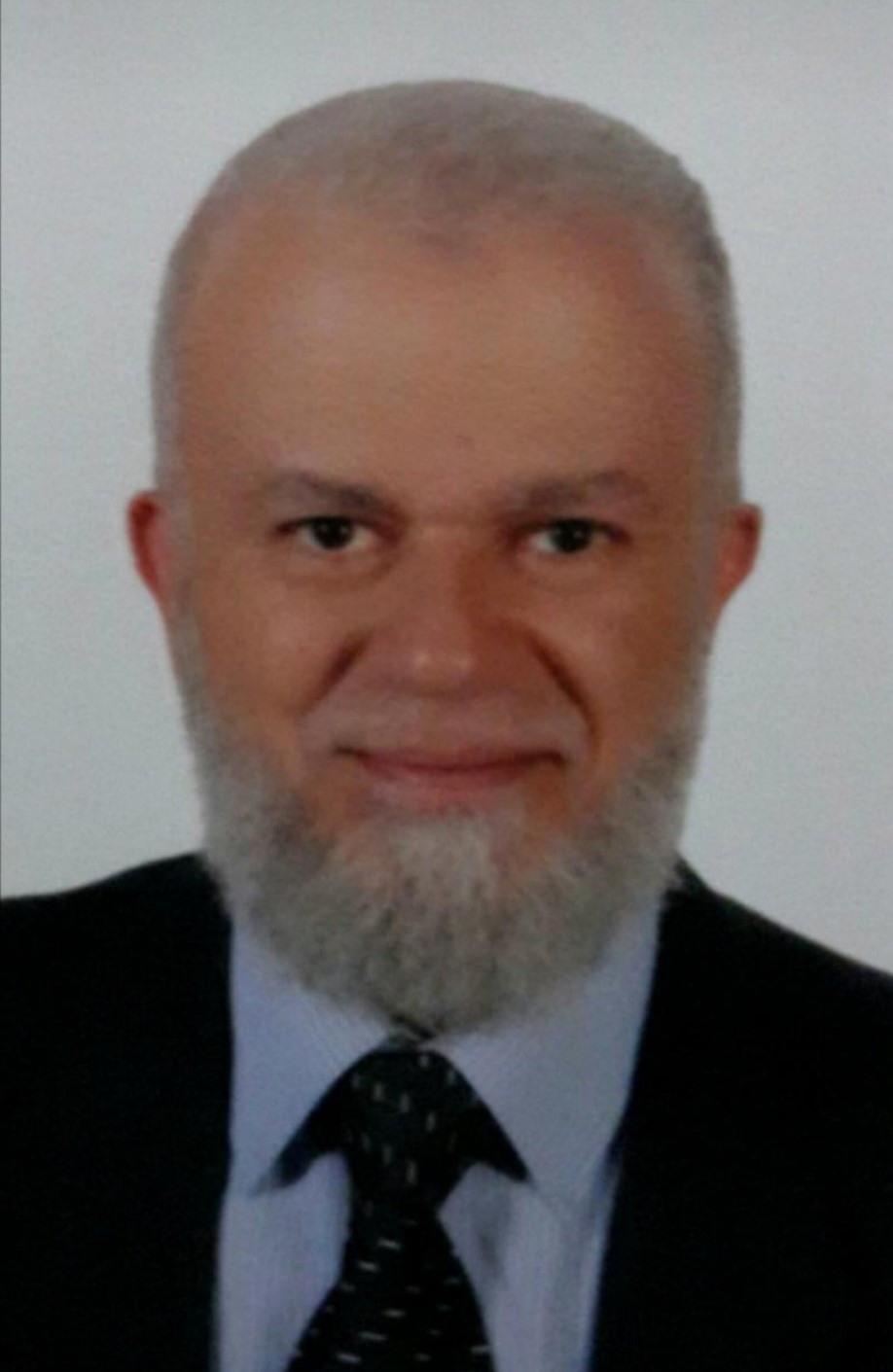 As regards his academic work in the university he is involved in research work, teaching for undergraduates and postgraduates both at Ain Shams University and as an external examiner in suez canal & Alazhar Universities. Also he is involved as an instructor in scientific university days and conferences of Egyptian Ophthalmology Society.

Clinically, he shared as a founder or cofounder of vitreoretinal surgical units in several university and private hospitals and ophthalmology centres in Egypt and recently in Saudi Arabia.

He is a referee for the evaluation of retina papers in the bullitin of ophthalmology society of Egypt and the Egyptian retina jpurnal and an editor in Advances of Ophthalmology & Visual Systems journal. 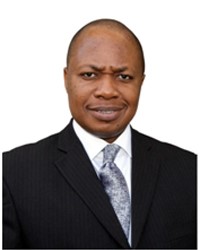 Biography: Ogugua Okonkwo commenced residency in ophthalmology at the Eye Foundation after completing his undergraduation and graduation with an MBBS qualification from the University of Nigeria Teaching Hospital. Residency training culminated in his stay at the Tennet Institute in Glasgow, from where he sat for and passed his fellowship exams in Edinburgh, after 5 years of residency training. He completed 2 year vitreoretina fellowship training and was retained as a member of faculty at the Eye Foundation. Appointed the Residency Program Director and Director of training, till date.He has played an active role in organizing retina related courses and training locally and internationally. He is an active member of the Ophthalmological Society of Nigeria.